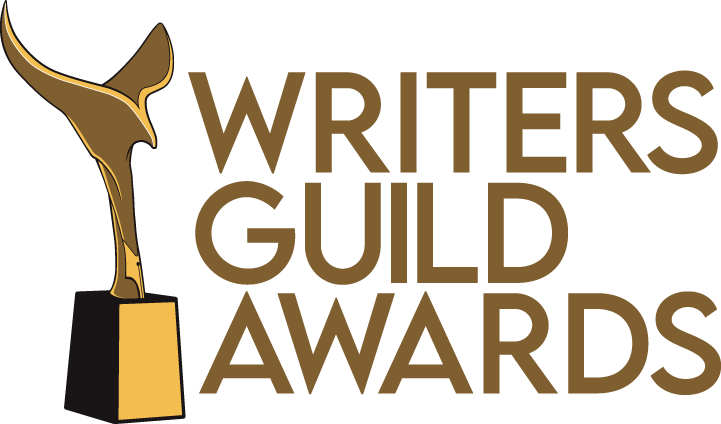 And the Winners Were... 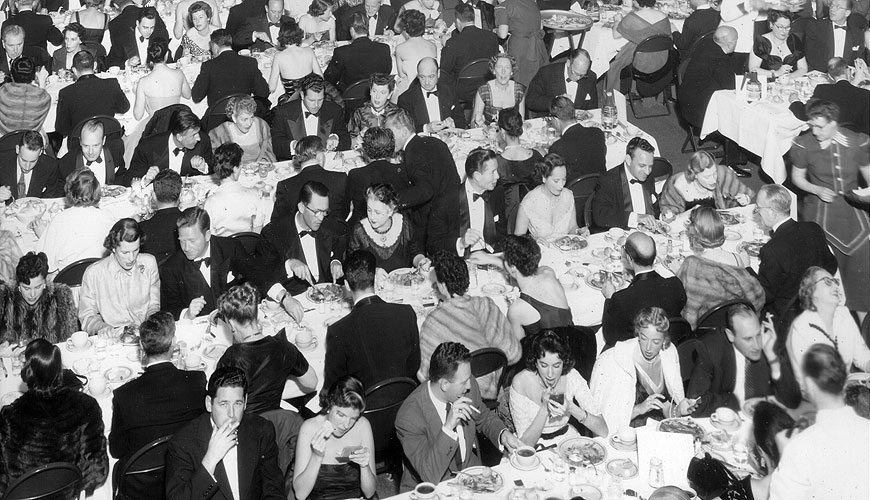 Writers Guild Awards history dates from 1948 when the then-Screen Writers Guild decided to compete with the Oscars by creating its own peer-group prize. That first ceremony was emceed by the president of the Oscars’ Academy of Motion Picture Arts and Sciences, Charles Brackett, who insisted that the new kudo was needed because of the “lack of press and public recognition for the literary craft.” Brackett blamed this lack on writers for making too many jokes about their profession. The writers present at the ceremony certainly made light of Brackett as he spoke. Most ignored him, opting to schmooze, network – and crack jokes – with all the honchos present who had paid the $5 admission charge to sip cocktails and munch hors d’œuvres around the edge of the Bel Air Hotel swimming pool.

Those initial Writers Guild Awards covered five categories: musicals, dramas, comedies, westerns, and “Screenplays Dealing Most Ably With Problems on the American Scene.” By 1952 the Guild narrowed down its contest to three races: dramas, comedies, musicals. (The musical slot was nixed in 1969.)

The Los Angeles Times once called the WGA kudos ceremony “one of the toughest tickets to get in Hollywood.” The reason for this was the “stage show during which writers get to howl back at Hollywood, and they do, in a show which is bawdy, irreverent, and very often deftly devastating.”

Hollywood agents didn’t get the joke in 1966, though, when they were depicted on stage as insects and a horned lizard. Some stormed out, and Variety reported that many more of the “percenters expressed anger and indignation” in a blitz of letters fired off to the Guild the next day.

But the skits often tweaked writers, too. The skit that’s most frequently reenacted is “Quizzically,” I.A.L. Diamond’s send-up of the frustrations experienced by two scribes who try to collaborate on a film script. A fight breaks out between them when they can’t think of a synonym for quizzically – a word they end up agreeing upon later once the heat of battle is over and they’ve forgotten that they dismissed the term earlier. Billy Wilder was in the audience the first time it was performed, in 1954, and was so impressed with it that he hired Diamond as his writing partner. Of course, the duo went on to win three Writers Guild Awards – for Love in the Afternoon, Some Like It Hot, and The Apartment.

In 1957 The New York Times reported that the “writers are the only persons in Hollywood who do not take themselves seriously while handing out awards. The principal skit was a travesty titled ‘Bridge on the River Burbank.’ Jack L. Warner, president of Warners Bros., was represented as the hostile commander (patterned after Sessue Hayakawa in Bridge on the River Kwai) of a studio exec who orders his writers to build a bridge so that theater operators who do not like the company’s pictures can jump off of it.”

In 1966 a notable skit combined Who’s Afraid of Virginia Woolf? with The Sound of Music into a farce called “An Evening of Fun and Games With George and Martha von Trapp.” Variety noted, “Lyrics intertwined to the skit were to the tune of Music but were not printable. Suffice it to say that sex, sex, sex, and more sex interlarded the dialog and lyrics.”

As the number of Writers Guild Awards grew through the years, much of the entertainment was dropped to accommodate the time needed for huzzahs and writers’ oft-wordy acceptance speeches. But they’ve been revived on occasion, as in 1987 when the Guild took a fun potshot at TV tabloid programs in a skit titled “Showbiz Hype Entertainment Enquirer Tonight.” Another skit offered a twist on Rain Man called “Writeman,” which Variety described as a “cleverly close spoof of Dustin Hoffman, this time as a writer savant whose brother is peddling him as a script doctor.”

Many serious moments occur at Writers Guild ceremonies, too, of course – ones that reveal America’s most exalted scribes reduced to awestruck mortals as they are handed a plaque from their peers that asserted that the champ did something better than all other writers that year.

Through its awards ceremonies, the Guild did not put up with the Red Scare as long as the Academy did. Voters brazenly endorsed blacklisted scribe Michael Wilson for A Place in the Sun in 1951 and Carl Foreman for High Noon in 1952. In 1956, when Allied Artists studio refused to give Michael Wilson credit for Friendly Persuasion, the Guild issued a ruling boldly declaring that Wilson was indeed its author and therefore eligible for a Writers Guild Award, which Wilson promptly won. At the Oscars Friendly Persuasion was nominated without a name attached and lost.

One year later Wilson and Carl Foreman were widely known to be the screenwriters of The Bridge on the River Kwai, but Columbia gave credit to novelist Pierre Boulle, the author of the original French novel upon which the script was based. Boulle, who didn’t write in English, had admitted publicly that he didn’t pen the movie, but this time the Guild handled the hubbub simply by refusing to nominate Kwai. Several weeks later, when Boulle won the Oscar, the studio dispatched actress Kim Novak to accept it.

Writers really know how to script a good acceptance speech, of course. When Michael Tolkin won Best Adapted Screenplay for The Player in 1992, he revealed what happened after producer David Brown hired him to adapt his novel to the screen: Tolkin was fired by his agent for accepting so little money.

In 1998, Out of Sight’s Scott Frank pulled off an upset over the scribes of A Civil Action, Gods and Monsters, Primary Colors, and A Simple Plan. Frank confessed that when he first read the Elmore Leonard bestseller, he became concerned because it was “so good, all I can do is ruin it.”

Ceremony entertainment provided great lines, too. Hal Kanter did a memorable job emceeing in 1987 during the throes of a Guild strike against the Alliance of Motion Picture and Television Producers. He claimed that one of the demands that the Guild put on the table during negotiations was, “Directors must read the script before making changes.” He then marveled at how arduous the job of writing can be, noting, “Sometimes it takes a writer two or three days to rewrite a single line of dialogue. An actor can do it in just a few moments.”

Even though Ernest Lehman and Billy Wilder reign as the biggest winners of the WGA film award (five victories each), Alvin Sargent has them both beat when it comes to one statistic: he never lost. Sargent is the only scribe to go undefeated with multiple nominations, scoring wins for Paper Moon, Julia [based on the memoir by Lillian Hellman], and Ordinary People [based on the novel by Judith Guest].

Some upsets were downright poignant. Born on the Fourth of July won three top Golden Globes in 1989, in addition to the Directors Guild of America Award, and it appeared to be an unstoppable juggernaut en route to the Oscars. Then it came to a screeching halt at the WGA when Driving Miss Daisy zoomed ahead and claimed the kudo for Best Adapted Screenplay. Accepting the prize, after making a considerable trek to the podium at the Beverly Hilton ballroom, playwright Alfred Uhry said, “My table was so far back, I didn’t think I had a chance.”