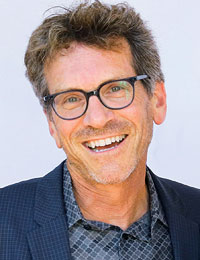 Weiss’ writing partner J. David Stem will present the Guild’s AWC career achievement award to Weiss in recognition of his distinguished career and contributions to the animation field.

“David N. Weiss is not only a great writer, he has been a great leader of this Guild. A passionate organizer, he has helped lead the union through some of its greatest struggles, including the continuing fight to get WGA coverage for our members’ animated work. It’s truly my privilege to honor him tonight,” said WGAW President David A. Goodman.

“David N. Weiss has had a stellar writing career in animation that runs the gamut from episodic daytime episodes to prime time series to feature films, and which has included nominations for Emmys and Oscars for the quality of his writing. But beyond his talent as a writer, David has been a strong advocate for all animation writers, as well as live-action writers, in his time as a member and officer of the WGAW’s Board of Directors. It’s for all that we thank him and recognize him with this award,” said AWC Chair Craig Miller.

Emmy Award-nominee Weiss has co-written some of Hollywood’s most successful, endearing family films, from Academy Award-nominated features Shrek 2 and Jimmy Neutron: Boy Genius to the Rugrats franchise, including The Rugrats Movie and Rugrats in Paris: The Movie, The Smurfs, with a record-breaking seven weeks at #1 at the box-office worldwide, and Smurfs 2. To date, Weiss’ total box office cume for his combined work exceeds $2.3 billion worldwide.

With his writing partner Stem, Weiss served as head writer on the Rugrats animated TV series and co-penned the acclaimed perennial Rugrats episodes "Chanukah" and the Emmy & Humanitas Award-nominated "Mother’s Day." The duo’s other TV writing credits include Cybill, Mission Hill, and The Downtowners.

The pair also co-wrote the hit family comedy features Are We There Yet? and Daddy Day Camp, as well as the adventure movie Clockstoppers, and are currently penning a remake of Jimmy Stewart’s classic comedy Harvey for Netflix, and have Disenchanted, the sequel to 2007’s Enchanted, in development at Disney.

Prior to teaming with Stem, Weiss served as co-executive producer-showrunner on Focus on the Family’s popular StoryKeepers video series, wrote for Nickelodeon’s Roundhouse, Carol Burnett’s Carol & Co., and Adventures in Odyssey, as well as directed several award-winning shorts and penned screenplays for Rock-A-Doodle and MGM’s animated classic All Dogs Go To Heaven.

An honors business grad of Pepperdine University, Weiss received his MFA from USC’s School of Cinematic Arts and is a member of the Motion Picture Academy. He lives in Los Angeles and has two grown children, Channah and Sam, who have served as inspiration for much of his work.