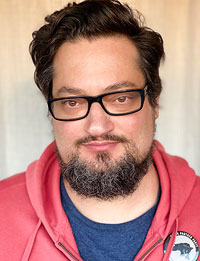 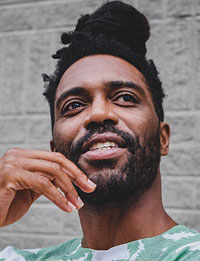 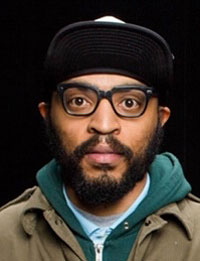 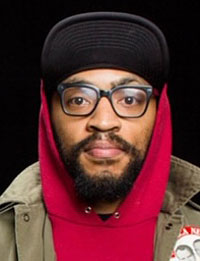 Writers Will Berson, Shaka King, and the Lucas Bros. have been named recipients of the Writers Guild of America West’s 2021 Paul Selvin Award in recognition of their script for Judas and the Black Messiah (Screenplay by Will Berson & Shaka King, Story by Will Berson & Shaka King and Kenny Lucas & Keith Lucas). The film, directed by King, takes a bold look at the commanding and lasting impact of Illinois Black Panther Party Chairman Fred Hampton as a revolutionary voice of the people and the Black Power Movement, and at the lengths J. Edgar Hoover and the FBI went to in order to silence the Chairman.

Named for the late Paul Selvin, general counsel to WGAW for 25 years, the honorary award is given each year to the member or members whose script best embodies the spirit of the constitutional and civil rights and liberties that are indispensable to the survival of free writers everywhere. Previous recipients of the Paul Selvin award include Charles Randolph, Adam McKay, Dustin Lance Black, Alex Gibney, Susannah Grant, Eric Roth, Liz Hannah, Josh Singer and Tony Kushner.

Berson, King, and the Lucas Bros. will be honored at the 2021 Writers Guild Awards joint virtual ceremony on Sunday, March 21. The award will be presented by Jelani Cobb, New Yorker staff writer and co-writer/correspondent of Frontline's Emmy-nominated documentary "Policing the Police," for which he was honored with the Writers Guild of America, East's 2017 Walter Bernstein Award, presented to a writer who demonstrates a willingness to confront social injustice in the face of adversity.

“For a lot of Black men, Fred Hampton is a real hero because of just how undaunted, unafraid and unstoppable he was, yet people tend to remember the tragic way he died, not the heroic way he lived,” said King. With this film, we wanted to show audiences just how powerful a voice the world lost, so to receive an honor that reflects that is truly rewarding for all of us.”

“Shaka, the Lucases and I acknowledge we had a fifth writer, who was the most talented: Fred Hampton himself,” Berson stated. “He exemplified the vitality and sanctity of free speech—as well its incredible power, which so threatened the status quo. But his words did more than the 19th century labor mantra, ‘Educate, Agitate, Organize.’ Their deepest beauty lay in the capacity to Create: ideals, coalitions and praxis.”

Also nominated for a 2021 Writers Guild Award for Original Screenplay, Judas and the Black Messiah explores Hampton’s growing influence on his community from the dual standpoint of both the rising messiah and his loyal followers, including activist Deborah Johnson, and his Judas—Black Panther Party infiltrator and, ultimately, traitor, William O’Neal. Penned as a true thriller, it’s a powerful look at a turbulent time in history that is equally relevant today—more than 50 years later.

“We first heard about Fred Hampton when my brother and I were taking an African-American studies course together,” Keith Lucas said. “Before that, we hadn’t known anything about him or his story—it’s not really taught where we’re from. We read his story and it just blew us away. And no one was really talking about what an injustice it was.”

A Warner Bros. Pictures release, Judas and the Black Messiah has earned numerous accolades thus far, including a nomination for the Producers Guild of America’s Darryl F. Zanuck Award for Outstanding Producer of Theatrical Motion Pictures, the Golden Globe and Critics’ Choice Awards for Best Supporting Actor for Daniel Kaluuya, as well as a SAG nomination for Kaluuya and nominations for both Kaluuya and Dominique Fishback for Best Supporting Actress from BAFTA. The film has also received critical praise from several major institutions and publications, including a place on both the American Film Institute and the National Board of Review’s Top 10 lists, in addition to the New York Times, Los Angeles Times, Washington Post, Hollywood Reporter, and Entertainment Weekly.

Kenny Lucas added, “The Paul Selvin award is so meaningful because Chairman Fred is such an unsung hero—but he absolutely is one. Once we began working in this industry and began to understand how it works, we knew we had to tell his story. It was shocking to us that it had not been made since his death.”