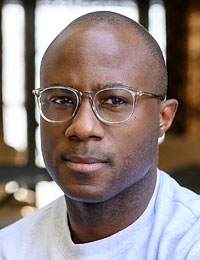 Writers Guild, NAACP Image, and Academy Award-winning writer-director-producer Barry Jenkins has been named recipient of Writers Guild of America West’s 2022 Paul Selvin Award in recognition of his script for “Chapter 9: Indiana Winter” (The Underground Railroad, Teleplay by Barry Jenkins). The limited series tells the fictional story of people attempting to escape slavery through the historical Underground Railroad network of safe houses and secret routes in the Antebellum South.

Jenkins will be honored at the 2022 Writers Guild Awards joint virtual ceremony on Sunday, March 20.

“It is a humbling honor to receive an award given in Mr. Selvin's name and in the spirit with which he went about his life and work, defending the civil rights of everyday people and protecting the rights of writers to conjure and reflect those people in work that seeks to illuminate truth and contribute to the greater good. Or so one hopes,” said Jenkins, who created the series based on Colson Whitehead’s Pulitzer Prize-winning novel of the same name.

A series in 10 parts, The Underground Railroad is an alternate history employing elements of magical realism to explore the harsh and horrific realities faced by African Americans seeking freedom from chattel slavery in the 1800s. The show highlights how even in so-called “free states” the brutality of slavery often proved inescapable.

“In this episode in particular, to whom and for what the American dream applies is a thing debated by two Black men, a right Mr. Selvin fought for us all to have, the freedom to interrogate the promise of America in order to create a more perfect union,” said Jenkins. “I’ll take this award as a sign that I’ve been working in the right direction. And as a mandate to continue to create work that Mr. Selvin would have deemed worthy.”

Barry Jenkins began his filmmaking career in the early 2000s and received universal praise for his groundbreaking 2017 Writers Guild and Academy Award-winning film Moonlight, which was recently placed in the top ten of WGAW’s 101 Greatest Screenplays of the 21st Century. Jenkins’ work has been rooted in Black identity and challenges audiences to view complex and authentic narratives through a non-dominant culture’s lens. His other screenwriting or co-screenwriting credits include If Beale Street Could Talk (2018), which earned 2019 WGA and Oscar Adapted Screenplay nominations, and four episodes of The Underground Railroad (2021). Jenkins was born in Miami, Florida and graduated from Florida State University four days before moving to Los Angeles to pursue a career in filmmaking.

Named for the late Paul Selvin, general counsel to WGAW for 25 years, the honorary award is given each year to the member or members whose script best embodies the spirit of the constitutional and civil rights and liberties that are indispensable to the survival of free writers everywhere. Previous recipients of the Paul Selvin award include Will Berson & Shaka King and Kenny Lucas & Keith Lucas, Charles Randolph, Adam McKay, Dustin Lance Black, Alex Gibney, Susannah Grant, Eric Roth, Michael Mann, Gary Ross, Liz Hannah, Josh Singer, George Clooney and Tony Kushner.