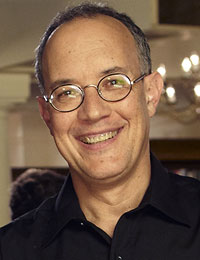 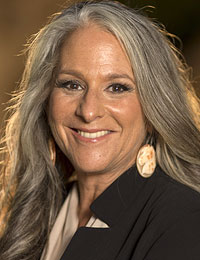 Friends co-creators Marta Kauffman & David Crane have been named recipients of the Writers Guild of America West’s 2016 Paddy Chayefsky Laurel Award for Television Writing Achievement in recognition of their lifetime achievement in outstanding writing for television. The creative team of Kauffman & Crane will be honored at the WGAW’s 2016 Writers Guild Awards West Coast ceremony on Saturday, February 13, at the Hyatt Regency Century Plaza in Los Angeles.

“Marta Kauffman and David Crane have quietly and triumphantly created amazing television. From Dream On to Grace and Frankie and Episodes, they have individually and in partnership raised the bar for smart, funny writing. And then there's Friends, whose cleverness of storytelling, clarity of character development, consistent wisdom and wit made it one of the most memorable television series in history – it inhabited our living rooms for a decade, and will inhabit the culture forever. We salute them for what they have done, and for raising the bar for the rest of us,” said WGAW President Howard A. Rodman.

Longtime writing partners Kauffman & Crane are best known for creating one of TV’s highest-rated and most popular series, the long-running hit sitcom Friends, which ran on NBC from 1994 to 2004 and still airs in syndication around the world. During its decade-long run, Friends earned 63 Emmy nominations, including six for Outstanding Comedy Series, winning an Emmy Award in the category in 2002.

Kauffman & Crane also co-created the Kirstie Alley-starring comedy Veronica’s Closet (1997-2000), The Powers That Be, starring John Forsythe, David Hyde Pierce and Holland Taylor, and the much-beloved HBO series Dream On (1990-1996), for which the pair shared an Emmy nomination (Outstanding Individual Achievement in Writing a Comedy Series), as well as earning them the 1993 CableACE Award for their episode “For Peter’s Sake” (Writing for a Comedy Series). The series also earned them multiple CableACE awards for Comedy Series and several nominations for writing.

Beyond his work with Kauffman, Crane has co-created several other television series with partner Jeffrey Klarik, including the acclaimed Showtime behind-the-scenes comedy Episodes, starring Friends alum Matt LeBlanc, and The Class, starring an ensemble which included Jesse Tyler Ferguson, Lizzy Kaplan and Jon Bernthal. For their work on Episodes, Crane and Klarik have received four Emmy nominations for Outstanding Writing for a Comedy Series in 2011, 2013, 2014, and 2015. Crane and Klarik also shared WGA nominations for Episodes in 2012 (New Series) and in 2013 (Episodic Comedy), as well as a 2013 BAFTA nomination for Best Situation Comedy and two Golden Globe nominations for Best Television Series — Musical or Comedy.

Most recently, Kauffman co-created Netflix’s 2015 hit comedy series, Grace and Frankie, co-starring Jane Fonda, Lily Tomlin, Martin Sheen and Sam Waterston, which explores how two women become unlikely friends after their husbands fall in love with each other. In conjunction with her production company, Okay Goodnight, Kauffman is developing We Are All Completely Beside Ourselves for HBO and recently produced the critically acclaimed series Five for Lifetime Network, an anthology about the impact of breast cancer with segments directed by Jennifer Aniston, Demi Moore and Patty Jenkins, among others. Kauffman has been named one of the 25 Most Influential Mothers by Working Mother magazine.

Named after one of the most influential writers in entertainment history, the Paddy Chayefsky Laurel Award for Television Writing Achievement is the WGAW’s highest award for television writing, given to writers who have advanced the literature of television throughout the years and made outstanding contributions to the profession of the television writer. Past Television Laurel Award recipients include Steven Bochco, Susan Harris, Stephen J. Cannell, David Chase, Larry David, Diane English, Marshall Herskovitz & Ed Zwick, Joshua Brand & John Falsey, Garry Marshall, and, most recently, Shonda Rhimes.