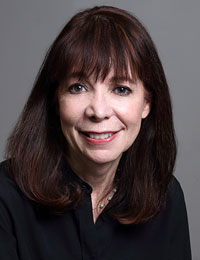 Veteran television writer-producer Alison Cross (Serving in Silence: The Margarethe Cammermeyer Story, Roe vs. Wade, Murder in the First) is set to receive the Writers Guild of America West’s 2018 Paddy Chayefsky Laurel Award for Television Writing Achievement, given to a Guild member who has “advanced the literature of television and made outstanding contributions to the profession of the television writer.”

Cross will be honored at the 2018 Writers Guild Awards West Coast ceremony on Sunday, February 11, at The Beverly Hilton.

“The Board of Directors is truly excited to give this award to such a skilled dramatist as Alison. She has a long and varied list of credits, but in all her scripts, whether on staff or as the sole creator, you hear the voice of a writer driven by the ideals of integrity and justice. Her impressive body of work has at times influenced society at large, and serves as an inspiration to all writers in the field,” said WGAW President David A. Goodman.

Cross is perhaps best known for penning the acclaimed, ground-breaking 1995 telefilm Serving in Silence: The Margarethe Cammermeyer Story. She earned an Emmy Award for Outstanding Writing for a Miniseries or a Special, as well as a WGA Original Long Form nomination for her work on the true-life tale of a military officer’s legal challenge to fight her involuntary discharge after coming out as a lesbian.

She also penned the 1989 highly charged, still-topical telefilm Roe vs. Wade, for which she shared an Emmy Award for Outstanding Drama/Comedy Special, in addition to receiving an Emmy nomination (Outstanding Writing for a Miniseries or a Special) and garnering the WGAW’s inaugural Paul Selvin Award, given to a Guild member whose script “best embodies the constitutional rights and civil rights and liberties which are indispensable to the survival of free writers everywhere.”

A Los Angeles native, Cross attended UCLA, where she received a B.A., followed by an M.J. with a specialization in documentary film.