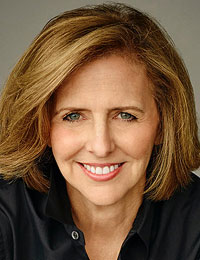 Trailblazing screenwriter-director-producer Nancy Meyers, known for such memorable hit films as Private Benjamin, Something’s Gotta Give, It’s Complicated, and The Holiday, has been named the recipient of the Writers Guild of America West’s 2020 Laurel Award for Screenwriting Achievement.

The Guild’s lifetime achievement award is presented to members who have “advanced the literature of motion pictures and made outstanding contributions to the profession of the screenwriter.”

Something’s Gotta Give star Diane Keaton is set to present the Screen Laurel Award to Meyers at the WGAW’s 2020 Writers Guild Awards ceremony on Saturday, February 1.

“Nancy Meyers is the writer many of us aspire to be – her scripts walk the line of blending challenging ideas with comedic situations, dramatic themes with hard jokes. Her work consistently proves that movies about the foibles and frailties of humans will be commercially successful in the hands of a master of her craft. The WGAW Board of Directors is thrilled to give her this award,” said WGAW President David A. Goodman.

Over the course of her successful, decades-long career, multi-hyphenate filmmaker Meyers has created a body of work that explores modern relationships in all their nuances, delivering a string of literate, sophisticated films that have become worldwide box-office hits. In her films, Meyers chronicles the personal and professional lives of women and men with her own singular sensibility that has proven popular with audiences and critics worldwide.

Following an early career stint as development executive and story editor, working for veteran producer Ray Stark during the ’70s, Meyers made her screenwriting and producing debut with 1980’s groundbreaking comedy smash, Private Benjamin, starring Goldie Hawn, which she co-wrote and produced with Charles Shyer & Harvey Miller – an acclaimed film which refuted the then-conventional industry notion that a female lead could not open a movie without a male star. In fact, Private Benjamin became a major box-office success and earned Meyers a 1981 Writers Guild Award (Best Comedy Written Directly for the Screen), as well as three Academy Award nominations: Best Original Screenplay, Best Actress (Hawn), and Best Supporting Actress (Eileen Brennan). Hawn also received a Golden Globe nomination for her empowering portrayal of “Judy Benjamin,” who challenges societal expectations by joining the Army after her newlywed husband’s untimely demise.

After two decades of successful screenwriting and producing, Meyers made her own directorial debut with 1998’s popular update of the Disney classic The Parent Trap, starring Dennis Quaid and Lindsey Lohan (Screenplay by David Swift and Nancy Meyers & Charles Shyer). She then directed the hit romantic comedy What Women Want, starring Helen Hunt and Mel Gibson, who earned a Golden Globe nomination (Best Performance by an Actor – Musical or Comedy) for his role. Most recently, Meyers teamed with her daughter, Hallie Meyers-Shyer, to produce Meyers-Shyer’s directorial debut, Home Again (written by Meyers-Shyer), starring Reese Witherspoon.