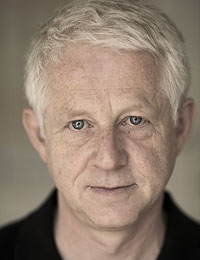 Acclaimed screenwriter-director Richard Curtis (Four Weddings and a Funeral, Love Actually, Bridget Jones’s Diary) has been named the recipient of the Writers Guild of America West’s 2017 Valentine Davies Award in recognition of his humanitarian efforts, charitable initiatives and world service, which have achieved a positive impact on the global level. Curtis will be honored at the WGAW’s 2017 Writers Guild Awards ceremony on Sunday, February 19.

“The Valentine Davies Award is given to that WGAW member whose contributions to the entertainment industry and the community-at-large have brought dignity and honor to writers everywhere. We can think of no better recipient than Richard Curtis. He is not only one of our best screenwriters but a man who has used his gifts and his position to combat poverty and injustice. Curtis is an exemplar of empathy. His work resonates strongly on the screen, and his charitable efforts have transformed the lives of the thousands upon thousands of refugees and children-in-need worldwide,” said WGAW President Howard A. Rodman.

When not behind the camera, Curtis is Co-Founder and Vice-Chair of Comic Relief, which he launched in 1985 after visiting Ethiopia during the 1980s famine. In 1988, Comic Relief launched its Red Nose Day fundraising initiative, including a live TV broadcast for the BBC, which brought together some of the biggest celebrities of the day. Since then, he has produced more than 15 live nights of television – and Red Nose Day has raised more than £1 billion for projects in the UK and around the world. In 2015, he launched Red Nose Day in the U.S., which included a live telecast on NBC, raising over $23 million. Red Nose Day returned to the U.S. in 2016 and raised over $34 million.

Curtis was a founding member of Make Poverty History – a trans-national coalition focusing on issues related to aid, trade, and justice. Working on this global initiative, he partnered with Bob Geldof to organize 2005’s landmark “Live 8” benefit concerts, held two decades after 1985’s historic Live Aid rock concerts to aid Africa. As part of his contribution to the MPH campaign, he wrote The Girl in the Café for HBO and the BBC – a television drama based around the G8 Summit, which won three Primetime Emmy Awards, including Outstanding Made for Television Movie and Outstanding Writing for a Miniseries, Movie or a Dramatic Special, as well as a Humanitas Prize. In 2012, Curtis wrote Mary and Martha, a story about two mothers who are inspired by the deaths of their sons to fight malaria in Africa, which has been shown in 50 countries around the world and used as a campaigning tool by many organizations committed to ending malaria.

In 2014, he founded Project Everyone. Working alongside the United Nations, Project Everyone helped to launch and promote The Global Goals for Sustainable Development, a set of 17 ambitious targets to end extreme poverty, fight inequality and injustice and combat climate change by 2030. As part of this endeavour, he was one of the producers on 2015’s Global Citizen Festival’s 1 hour highlights show for BBC Worldwide, which was broadcast in 150 territories worldwide. In January 2016, Curtis was formally appointed as a UN Sustainable Development Goals Advocate alongside 16 others, including Forest Whitaker and Shakira.

Working alongside Simon Fuller, in 2007 Curtis produced Idol Gives Back, a collaboration between American Idol and The Charity Projects Entertainment Fund. The first year raised over $70 million for American and African projects.

More recently, Richard also co-wrote the Steven Spielberg-directed 2011 feature film adaption of the celebrated play, War Horse (screenplay by Lee Hall and Richard Curtis), based on the novel by Michael Morpurgo and the stage play “War Horse” by Nick Stafford, originally produced by The National Theatre of Great Britain, directed by Tom Morris and Marianne Elliott.

He has also written and directed the films Pirate Radio (2009) – about a band of rogue DJs that captivated Britain during the 1960s by playing then-radical pop music at the time when classical music ruled the airwaves – and time travel romantic dramedy About Time (2013).

Earlier in his career, he made a name for himself writing for several popular British TV series, including Not the Nine O’Clock News, Blackadder – as well as follow-up shows Blackadder II, Blackadder the Third, and Blackadder Goes Forth, which earned him a 1990 BAFTA Award for Best Comedy Series – Spitting Image, Dr. Who, for which he shared a 2011 WGGB Best Television Drama Series nomination, and the long-running The Vicar of Dibley, among other shows. His other writing credits include the slapstick comedy series Mr. Bean and 1997’s big-screen film version, Bean, co-written by Robin Driscoll. He also co-wrote with the late Anthony Minghella 2008’s HBO telefilm The No. 1 Ladies Detective Agency, based on the novel by Alexander McCall Smith.

Curtis earned a Special Award from BAFTA in 1999, and received a Variety Award at the 2001 British Independent Film Awards. In 2004, the Directors Guild of Great Britain presented him with an award for Outstanding Contribution to British Film and Television.

A WGAW member since 1995, Curtis was born in New Zealand and lives in London.