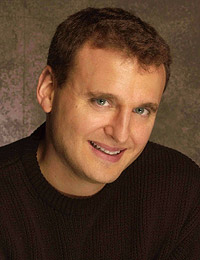 The Writers Guild of America West (WGAW) has named Emmy-winning Everybody Loves Raymond creator Phil Rosenthal as its 2013 Valentine Davies Award honoree in recognition of his humanitarian efforts on behalf of writers. Rosenthal will be feted, along with other honorees, at the WGAW’s 2013 Writers Guild Awards West Coast ceremony on Sunday, February 17, 2013, at the JW Marriott Los Angeles L.A. LIVE.

“Not only is Phil Rosenthal an extraordinarily talented writer whose work has brought laughter to millions of viewers around the globe, he’s also used his great success to give back to the community around him, in particular by aiding at-risk students who need his help the most. His charitable work not only inspires us, but makes his peers proud to call themselves writers. For his continued support of a variety of civic initiatives, and for a generosity that effects positive change and promotes opportunities for creative expression, it’s no surprise that everybody loves Phil,” said WGAW President Christopher Keyser.

A WGAW member since 1990, Rosenthal is best known as creator and executive producer of the hit CBS comedy series, Everybody Loves Raymond, which ran from 1996 through 2005. Nominated for over 70 Emmy Awards, Everybody Loves Raymond earned 15 Emmys during its high-rated run, including two for Outstanding Comedy Series (2003 and 2005). Over the course of the series, Rosenthal also earned three Emmy nominations in the Comedy Series writing category: for the 2000 episode “Bad Moon Rising” (Written by Ray Romano & Phil Rosenthal), the 2002 episode “The Angry Family” (Written by Phil Rosenthal), and the 2005 series’ finale (Written by Phil Rosenthal & Ray Romano & Tucker Cawley & Lew Schneider & Steve Skrovan & Jeremy Stevens & Mike Royce & Aaron Shure & Tom Caltabiano & Leslie Caveny).

In 2002, Rosenthal earned a Writers Guild Award for penning the memorable Everybody Loves Raymond episode, “Italy, Parts I & II” (Episodic Comedy). Rosenthal was among the writers who co-wrote 2002’s widely watched 9/11 telethon, America: A Tribute to Heroes, which aired live and commercial-free on all four networks, garnering a Peabody Award and receiving an Emmy nomination for Outstanding Writing for a Variety, Music, or Comedy Program (Written by David Wild, Eli Attie, Bill Clark, Terry Edmonds, Tom Fontana, Marshall Herskovitz, David Leaf, Anne Lewis, Peggy Noonan, Eugene Pack, Phillip Rosenthal, Bob Shrum, Edward Zwick). The unprecedented TV special, a moving tribute to the victims of the attacks on the World Trade Center and the Pentagon, also received an Emmy for Outstanding Variety, Music, or Comedy Special, while the four major networks who broadcast the telethon – ABC, CBS, Fox, and NBC – received a special 2002 Governor’s Award for the charity program.

In addition to work in television and film, Rosenthal and his wife, actress Monica Horan (who played Amy on Everybody Loves Raymond), continue to be major patrons of Inner City Arts, an organization which serves at-risk students and schools. The couple was also instrumental in helping build a state-of-the-art theater soundstage as part of ICA’s complex. In addition, The Rosenthal Foundation funds a diversity program at Rosenthal’s alma mater Hofstra University, as well as awarding student scholarships for comedy writing and performance. The Foundation also is heavily involved in cancer research. Due to his charitable efforts, Rosenthal was named Hofstra University’s “Alumnus of the Year” in 2011, delivering that year’s commencement address.

Behind the camera, Rosenthal’s debut feature – the well-received documentary Exporting Raymond, which he wrote and directed, the true story about his attempt to turn U.S. hit series Everybody Loves Raymond into a Russian sitcom – was released by Sony Pictures in 2011.

In front of the camera, Rosenthal returned to his roots as an actor, appearing in the James L. Brooks romantic dramedy Spanglish, in which he played Adam Sandler’s sous chef, and the films The TV Set and The Simpsons Movie, as well as stints on TV’s Curb Your Enthusiasm and 30 Rock.

On the literary front, Rosenthal authored his memoir, 2007’s You’re Lucky You’re Funny: How Life Becomes a Sitcom, which gives readers an all-access pass into the writers’ room of one of America’s most beloved shows, proving that life is a lot like a sitcom.

Rosenthal also has the distinction of having directed President Bill Clinton in a White House Correspondents Dinner video, which was shown to wide acclaim at the April 2000 event. More recently, he also served as speech writer for President Barack Obama.

Born in Queens, N.Y., and raised in Rockland, N.Y., Rosenthal attended Hofstra University. Launching his entertainment career as an actor in New York, Rosenthal transitioned into writing and directing theater before relocating to Los Angeles.