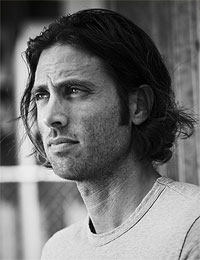 Writer, director, and producer Brad Falchuk (The Politician, Glee, American Horror Story, Pose) has been named the recipient of Writers Guild of America West’s 2020 Valentine Davies Award in recognition of his positive impact on young writers through his work and efforts to improve literacy and promote self-confidence through arts education in schools.

Falchuk’s honorary service award will be presented at the 2020 Writers Guild Awards West Coast ceremony on Saturday, February 1, at the Beverly Hilton.

“Brad Falchuk sees the world as a better place when everyone has a chance to tell their story, and his commitment to that vision extends far beyond the works he has created,” said WGAW President David A. Goodman. “Whether it is giving a voice to diverse characters on television or through his work with the Young Storytellers Foundation, he has worked tirelessly to promote the creative arts as a positive way for young people to develop themselves.”

Falchuk currently sits on the National Advisory Board for the Foundation, which facilitates self-expression and self-discovery in underprivileged students by mentoring them through the process of writing their own short screenplays and having those screenplays performed by actors.

A WGAW member since 2002, Falchuk has been a writer, producer, and director on some of the most original and celebrated television shows of the last two decades. Most recently, he co-created the Netflix series ​The Politician​, which debuted in September 2019, also serving as an executive producer, writer and director.

Falchuk is also co-creator and executive producer of the critically-acclaimed FX limited series American Horror Story which has received 89 Emmy, nine Golden Globe, and two Writers Guild nominations to date. The latest season, titled 1984, premiered this past fall. He was also co-creator, executive producer, writer and director on FOX’s Scream Queens​, FOX’s 9-1-1​, and FX’s Writers Guild Award, Golden Globe, and Emmy-nominated, groundbreaking series Pose. He was also an executive producer on the Emmy​-winning limited series American Crime Story: The People vs. O.J. Simpson and The Assassination of Gianni Versace.

He received his master’s degree from the American Film Institute.