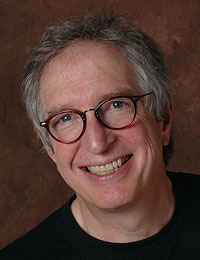 Showrunner Training Program Co-Founder to Be Honored at 2015 Writers Guild Awards on Feb. 14

The Writers Guild of America West has named veteran television writer-producer Jeff Melvoin (Army Wives, Northern Exposure) as the recipient of its 2015 Morgan Cox Award in recognition of his longtime Guild service. Melvoin is set to receive his honor at the WGAW's 2015 Writers Guild Awards West Coast ceremony on Saturday, February 14, 2015, at the Hyatt Regency Century Plaza in Los Angeles.

"The breadth and depth of Jeff Melvoin's contribution to the WGAW over the past dozen years has few equals. Though it is by no means his only legacy, the Showrunner Training Program is the rightful pride of this Guild. It is the fulfillment of a promise that we are a true community, in which the wisdom of our veteran members is passed down to our newest. If this is a Golden Age of television, the program Jeff so lovingly shepherds deserves its fair share of credit. Thanks to him, as an art form and as a business, we are better at what we do," said WGAW President Chris Keyser.

As Co-Founder and Chair of the WGAW's acclaimed Showrunner Training Program from its inception in 2005 to the present day, Melvoin has played a pivotal role in mentoring many of TV's in-demand showrunners and writer-producers over the past decade with his insightful mix of professionalism and pragmatism, which has had a profound impact on a generation of television writers, Guild members, and the entertainment industry.

The Guild will launch the tenth season of its SRTP in January 2015. Conducted in partnership with the Alliance of Motion Picture and Television Producers (AMPTP), this important industry training program is designed to help senior-level writer-producers hone the skills necessary to become successful showrunners in today's television landscape. Providing invaluable instruction from current showrunners and other industry professionals, the program – under Melvoin's continued guidance – has paid off with lasting results and a wealth of success stories, as many SRTP graduates have gone on to create, co-create, and/or executive produce nearly 80 television series – twelve new TV shows were created by SRTP alums this past year alone.

A five-time Emmy nominee for his work on Northern Exposure, Melvoin earned a 1992 Primetime Emmy Award, shared for Outstanding Drama Series, two Golden Globes, and a Television Critics Association Award, as well as receiving Emmy nominations (Outstanding Individual Achievement in Writing in a Drama Series) for penning the episodes "Democracy in America" (1992) and "Kaddish for Uncle Manny" (1993). Melvoin's other writing-producing credits include the NBC series Hill Street Blues and Remington Steele.

A Writers Guild member since 1983, Melvoin has been a strong presence at the WGAW over the past two decades, whether serving on the WGAW's Board of Directors (2001-04) or as founder and Chair of the Guild's Writers Education Committee from 2002 to present. Under Melvoin's direction, the Writers Education Committee has put on 50 programs for Guild members to date. In addition, he has served on a wide range of other vital Guild committees, including: Board Nominating (2006, 2008), Officers Nominating (2001), Television Writers Council (1999-08). In 2004, Melvoin co-authored the WGA booklet, Writing for Episodic TV: From Freelance to Showrunner, which offers practical knowledge for aspiring TV writers.

A graduate of Harvard University, Melvoin worked as a Time magazine correspondent early in his writing career before entering the television industry. In the academic field, he has taught screenwriting at the USC School of Cinematic Arts and UCLA Extension and has been a Visiting Lecturer in Dramatic Arts at Harvard. He is also a past board member of the Mystery Writers of America (Southern California Chapter). He and his wife, Martha Hartnett Melvoin, live in Los Angeles and have two sons, Nick and Charlie.